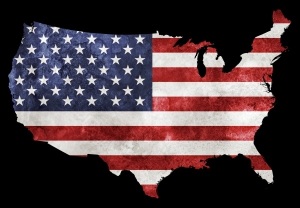 Today, as we celebrate the 239th anniversary of the signing of the Declaration of Independence, it is good to remember the purpose and text of the document.   The thirteen New World states were declaring their independence from Britain, and the Declaration was written to explain why. These lines convey the foundation and essence of American liberty.

We hold these truths to be self-evident, that all men are created equal, that they are endowed by their Creator with certain unalienable Rights; that among these are Life, Liberty and the pursuit of Happiness.

That to secure these rights, Governments are instituted among Men, deriving their just powers from the consent of the governed.

Recently there has been a great deal of sentiment expressed over the Supreme Court ruling allowing gay marriage throughout the country. Christians have spoken out on both sides of the issue. But it is not and never has been the purpose of the American government to decide what is right and what is wrong, only (as the declaration states) to secure the rights of its citizens.

I find it interesting to note that Jesus refused to engage in the political issues of his day, and instead talked about the kingdom of heaven. He said, “God did not send his Son into the world to condemn the world, but to save the world through him.” My purpose as a Christian is to represent Christ in whatever circumstances I find myself. Jesus never required anyone to be without sin before he talked to them, ate with them, healed them, loved them, or died for them. His death provided forgiveness for all of us, while we were yet sinners. Jesus’ purpose is not to condemn, but to save. Followers of Jesus should diligently share the love, compassion, and mercy of our God with every person on this planet, whether their sin is blatantly obvious or cleverly disguised as self-righteousness.

As Benjamin Franklin (one of the signers of the Declaration of Independence) said, “Instead of cursing the darkness, light a candle.”